One of the perils of being a bouncer at a nightclub is that you will sometimes have to deal with drunken, belligerent, or violent patrons. The job is not just checking id's and telling people to get off tables. Sometimes you are going to have to ask people to leave the club, and sometimes those people will refuse. That's where the potential for violence comes in. So, if you're working as a bouncer, it's important to know what to to in those situations.

The worst thing to do is slug it out with a patron in the middle of the club. You don't want to start a huge brawl, or scare the other people who are at the club just to have a good time. If the person who won't leave is aggressive, then they are probably looking to fight. You are not hired to put on a MMA match, so you shouldn't escalate the situation. You should try your best to speak with the person, ask them to move away from the scene so they can talk to you. However, that often does not work. So you will have to move on to other tactics.

Remove The Person With Assistance

When it comes time to physically remove the person, get help from other security staff. You don't want to try and wrestle the person to the ground and drag them out. If you and several other bouncers move towards them, you can physically guide them out by sheer mass. At no point should you assault them. The other important reason to get assistance is in case the belligerent patrons friends start to get riled up. You don't want to take on a group of people on your own.

Request Police Presence And Get Documentation

Once the person has been removed from the premises, you should call the police. This is especially true if the removal did not go smoothly. If they were violent, and punched, kicked, or drew a weapon, then you want the police on scene. Once the police arrive, it is important that you give your statement. You should also have the other bouncers give statements. If possible, get the club owners to hand over video footage (from security cameras) to the police. This can be important if you later need to sue for workers comp. If the violent patron injured you in the fight, you don't want the club manager to destroy the footage before your lawyer has a chance to request it.

If you were injured during the altercation, you must seek legal counsel with a lawyer skilled in workers compensation cases. Many nightclubs and bars might try and neglect your injuries, or claim that the fight happened off-site, or some other excuse. You might be dealing with serious medical bills, or simply be unable to work for a while. Perhaps this was a part-time job that you did on weekends, and it has rendered you out of work for an extended period of time, which will impact your normal job. These are all serious issues that you need legal consul with. The bar manager might be so flip as to say, "it's part of the job," and tell you to "take a walk," but your lawyer will know how to get their attention and make them pay. 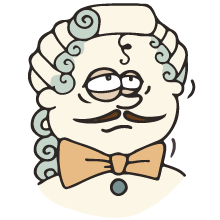